A stump is the eroded remains of a sea stack, often looking like a lump of rock sticking up from its surroundings. It is the last stage in the process that starts with a weakness in a cliff that develops into a cave, then an arch, a stack, and finally, a stump.

Just as a cliff can be undercut by the waves and then collapse (see wave cut notch) so a stack can be undercut and eventually collapse. When it collapses it leaves a stump of rock that was once the base of the stack.

In the photograph the part of the stack that will collapse is highlighted in red. The lower part that has not been highlighted will become a stump.

Stumps are usually visible only at low tide because everything that can be eroded by the waves is at, or above, sea level. 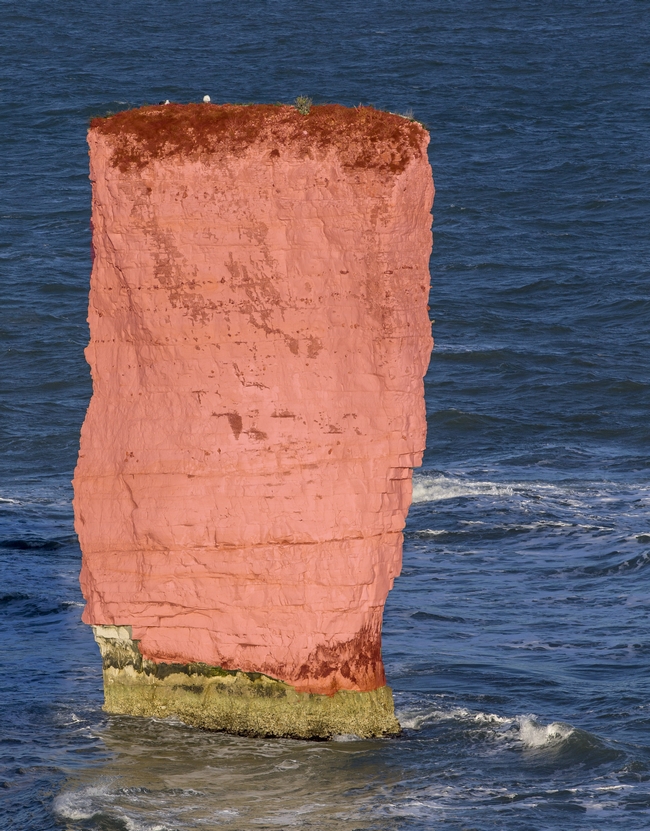 The photograph to the right shows a chalk stack with a stump to the seaward side of it. The stump is hidden at high tide and only becomes visible when the tide is out.

If you follow the line of the top of the stump back towards the stack you can see that it is the continuation of a bedding plane in the chalk. This is a natural point of weakness at the base of the stack and suggests that, when this stack collapses, it may break along the same line of weakness and form a stump of the same height as the current one. 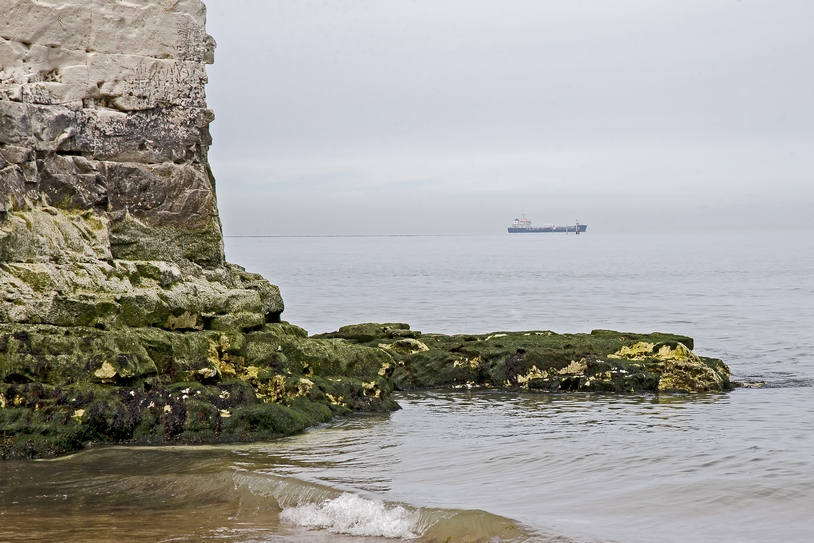